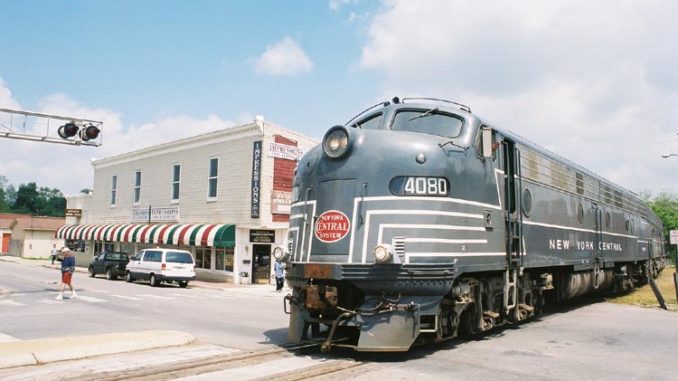 COOKEVILLE, Tenn. — A few times a year, perhaps only for a few hours, this eastern Tennessee city takes a step back in time to an era when railroads ruled.

Every May, the Tennessee Central Railway Museum offers its spring rendezvous, a 180-mile round-trip excursion from Nashville to Cookeville. The jaunt is the perfect getaway for railroad buffs and anyone wanting to take a step out of the ordinary, guaranteed to marvel at a chance to ride a 1950s diesel-powered train.

In 1909, the Tennessee Central Railway built a depot in the center of town. The station serves as both a museum and a reminder of a bygone era.

Gracing the depot’s grounds is steam engine No. 509, a recent addition to the museum’s railroad-related collection.

This particular “10-wheeler” — a railroad term for an engine with six large drive wheels and four smaller guide wheels — was built by Baldwin Locomotive Works in Philadelphia and acquired by the Louisiana & Arkansas Railroad acquired the locomotive in 1913, according to The Time-Table, the museum’s quarterly newsletter.

The locomotive, which no longer operates, served the Louisiana & Arkansas Railroad until 1945, when it was sold to the Louisiana & Midland Railroad, the newsletter notes. It was taken out of service after a head-on collision, but rebuilt and returned to service on the South Shore Railroad.

In 1952, No. 509 was sold to a private business and later sold to several private collectors. The Tennessee Valley Railroad bought the engine in 1982. Twenty years later, Friends of the Cookeville Depot acquired the locomotive.