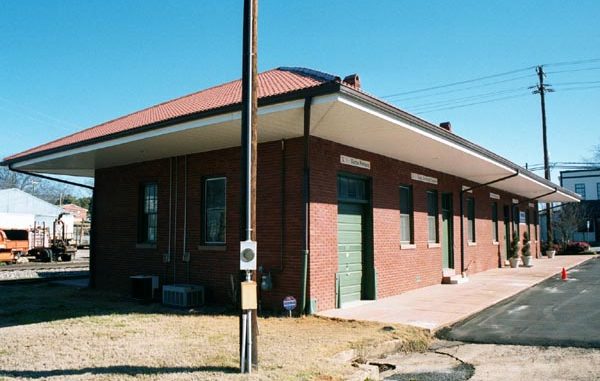 LAWRENCEVILLE, Ga. — Tracks through the Gwinnett County seat were laid in the late around 1880 when the Lawrenceville Branch Railroad opened.

The railroad was chartered in 1877 and finished in December 1881. In 1885, the Atlanta and Charlotte Air Line Railroad sold the branch to the Richmond and Danville Railroad, which later became Southern Railway.

Perhaps the biggest change in Lawrenceville’s railroad history came in the 1890s, when the Georgia, Carolina & Northern Railway was built.

The railroad was founded in December 1886 and planned on building a line between Atlanta and Monroe, N.C. Construction began the next year and would take five years to finish. However, before its completion, the Georgia, Carolina & Northern Railway was leased to the Seaboard and Roanoke and the Raleigh and Gaston railroads. In 1901, the railroad merged with the Seaboard Air Line.

Six years after the line was completed, the Loganville and Lawrenceville Railroad opened on Dec. 1, 1898. The line, which was abandoned in 1932, connected with, the Georgia, Carolina & Northern Railway in Lawrenceville.

Seaboard Air Line built a depot in Lawrenceville, which still stands next to railroad tracks, today controlled by CSX.