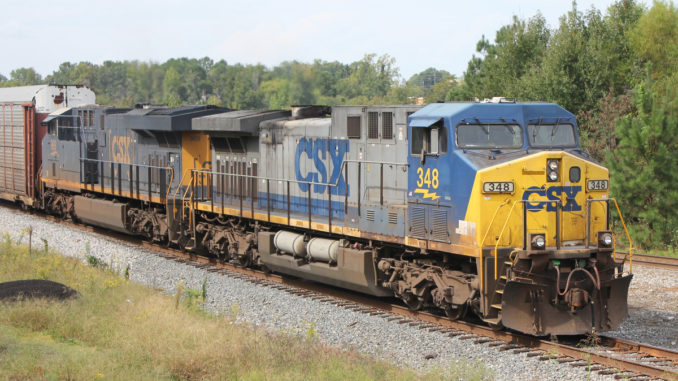 In 1907, the railroad decided the area would make the perfect location for its junction of lines from Atlanta, Birmingham and Waycross. Along with the junction, the railroad built shops in Manchester.

A century later, the lines still merge in Manchester, but the Atlanta, Birmingham, Atlantic Railroad is no more. Today, CSX operates the trains through town, and it remains an important crew change point.

The city of about 5,000 built the viewing platform about 15 years ago. The observation deck has a built-in radio scanner, which allows visitors to hear railroad-radio traffic.