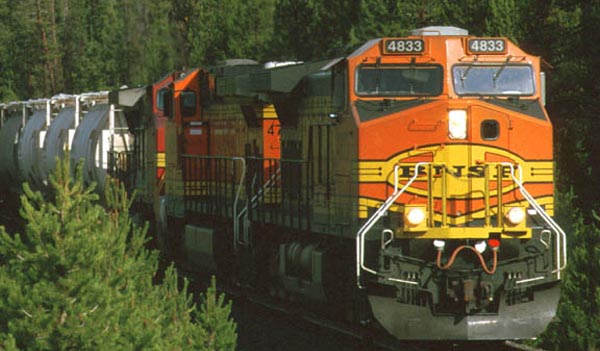 Fort Worth, Texas-based BNSF operates one of the largest rail networks in North America, with 33,000 route miles of track covering 28 states and two Canadian provinces.

BNSF moves more intermodal traffic than any other rail system in the world, is America’s largest grain-hauling railroad, transports the mineral components of many of the products we depend on daily, and hauls enough coal to generate more than 10 percent of the electricity produced in the United States.

Here are some facts and figures about BNSF (numbers are estimated):