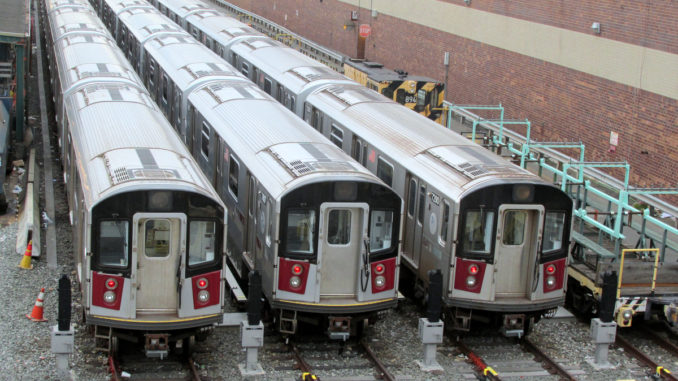 The first underground line of the subway opened on October 27, 1904, almost 35 years after the opening of the first elevated line in New York City, which became the IRT Ninth Avenue Line. The oldest structure still in use today opened in 1885 as part of the Lexington Avenue Line, and is now part of the BMT Jamaica Line in Brooklyn.

The oldest right-of-way is today part of the BMT West End Line and was in use in 1863 as a steam railroad called the Brooklyn, Bath and Coney Island Rail Road. The Staten Island Railway, which opened in 1860, has no links to the rest of the system and is not usually considered part of the subway proper.

More than 5.6 million people use the subway every day, taking one of 36 lines to 472 stations located along 236 miles of track throughout the city.

Click here to see a subway map. To learn more about the history of the subway system and to tour vintage rail equipment, consider visiting the New York Transit Museum in Brooklyn.