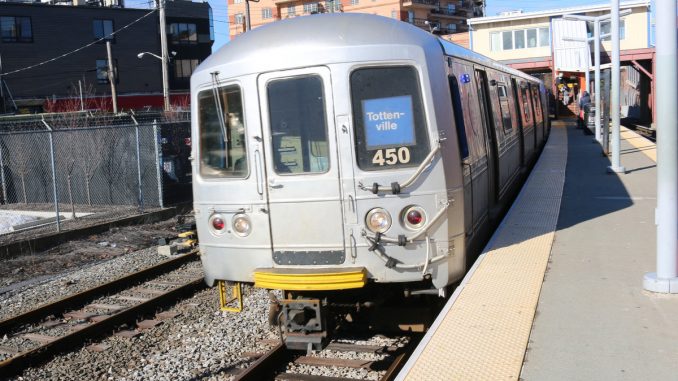 STATEN ISLAND, N.Y. — When it comes to rapid transit in New York, the attention typically turns to the many subway lines in Manhattan, The Bronx, Queens and Brooklyn. But, for more than 150 years, the Staten Island Railway has whisked residents around the borough of Staten Island.

Considered a standard railroad line, as opposed to a subway line, the railroad is disconnected from the national railway system. The 14-mile railroad today has 22 stations.

The railroad traces it history to 1860, when a line from St. George to Tottenville opened. Originally, freight and passenger trains operated over the railroad.

During its heyday, the Staten Island Railway, formerly known as Staten Island Rapid Transit (SIRT), included three rail lines: the North Shore Branch, the South Beach Branch and the St. George to Tottenville line, the only one that still operates today. In 1925, the railroad’s three branches were electrified and began to operate with subway-style equipment, which replaced the steam engines that previously pulled trains.

On March 31, 1953, the last passenger trains rolled over the North Shore and South Beach lines. The last freight train ran on the North Shore Branch in 1990. However, in 2007, Mayor Michael R. Bloomberg announced the reactivation of the Staten Island Railroad, an eight-mile railway that will connect Staten Island to the national rail freight network.

In 1994, New York City purchased from CSX the New York State portions of the Staten Island Railroad’s former North Shore Branch. Service began on April 2, 2007, and is primarily used for shipping freight from the New York Container Terminal and other industrial businesses.

While the South Beach line tracks were eventually removed, the remnants of the line remained for decades, though since about the 1990s, houses have been built on top of what used to be the railroad’s right of way. The Belair Road station, for example, remained for years and the former right-of-way along the stretch served as a popular place for residents to ride their dirt bikes.

In recent years, ridership on the Staten Island Railway has been on the rise. In 2006, the number of SIR riders passing through the St. George Ferry Terminal daily grew 9 percent, from 12,647 to 13,781.