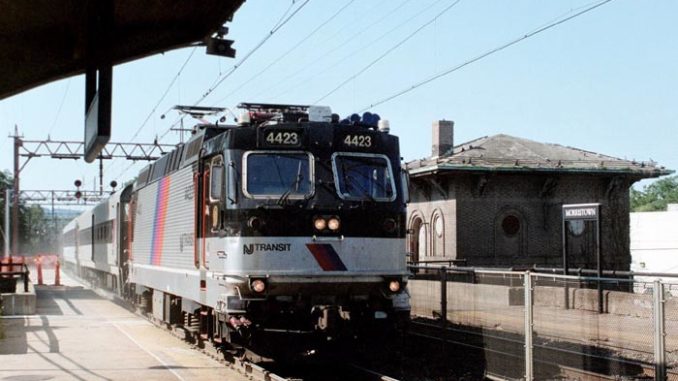 MORRISTOWN, N.J. — Railroads first came to Morristown in 1835 when the Morris and Essex Railroad was chartered to build a road between Morristown and New York Harbor.

The Delaware, Lackawanna and Western Railroad in 1869 leased the road, which by that time reached as far west at the Delaware River in Phillipsburg, N.J. In 1880, Jay Gould began buying the railroad’s stock and by the latter half of the 1930s, the New York Central owned about 25 percent of the railroad’s stock.

On Oct. 17, 1960, the Delaware, Lackawanna and Western Railroad and the Erie Railroad merged, creating the Eric Lackawanna.

On April 1, 1976, the state of New Jersey purchased the main line, between New York City and Dover, N.J., from the Erie-Lackawanna Railroad.

The Delaware, Lackawanna and Western Railroad in 1914 built the Morristown Station. Today, the building is listed on the Federal and State Historic Registers.

“The Morristown station is one of the busiest stations on the Morris & Essex Lines, and provides our passengers with nearby access to Morristown General Hospital, the Seeing Eye Training Center and Morris County government offices including social service agencies,” says N.J. Transit Executive Director George D. Warrington.

By 1982, the railroad was bankrupt. A group of investors purchased the company and began to turn it around.

Along the railroad’s Whippany Line is the Whippany Railroad Museum.

Published in the April 2005 edition of The Cross-Tie.