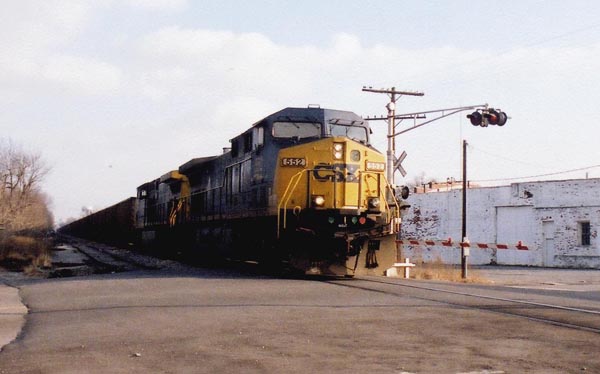 SPRINGFIELD, Tenn. — Rail service first reached Springfield in 1859 with the completion of the Edgefield & Kentucky Railroad.

The road ran from north of the Cumberland River in Nashville to Guthrie, Ky., where it joined with the Memphis, Clarksville & Louisville and Louisville & Nashville railroads, among others.

“On Dec. 6, 1879, the L&N purchased what were known as the Kentucky and Tennessee divisions of the same St. Louis and Southeastern Railway Company, Consolidated, operation of these properties having been begun by the L&N on July 25, 1879,” historian Kincaid Herr wrote. “The trackage involved some 146 miles in extent and lay between Henderson, Ky., and Nashville, Tenn. The Tennessee Division extended from Nashville to Guthrie, Ky., the original predecessor line being known as the Edgefield and Kentucky Railroad Company, incorporated on Feb. 13, 1852, and completed in the latter part of 1859.”

In September 1948, the northbound Georgian and the southbound Dixie Limited — both Louisville & Nashville trains — collided near Springfield. According to a news report, the Georgian sideswiped the Dixie Limited, as the latter entered a siding. Several Dixie Limited cars and the locomotive of the Georgian derailed.

“Several passengers were shaken up, but none was hurt seriously,” an Associated Press report from the time said.

At the time, the Dixie Limited ran between Chicago and Jacksonville, Fla., while the Georgian operated between Atlanta and Chicago.