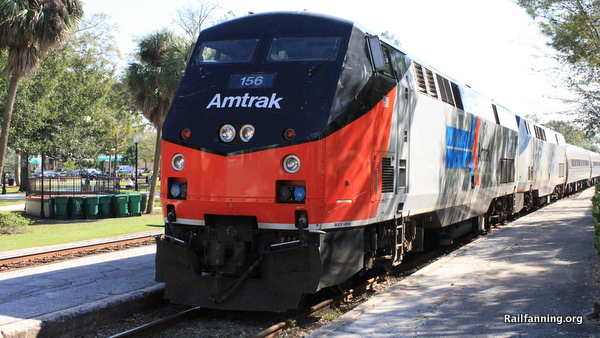 ATLANTA — While Amtrak has reduced how much it is losing on food and beverage service, the passenger railroad still lost $72 million in Fiscal Year 2012, according to a recent report from the inspector general.

Nearly all of the loss — $71.5 million — was on the railroad’s long-distance routes. The railroad did see an $800,000 profit on the Northeast Corridor.

The Auto Train was the biggest loser, hemorrhaging more than $13 million during the year, according to the inspector general’s report. The railroad’s food and beverage losses have totaled more than $1 billion over the last 12 years, according to U.S. Rep. John Mica, R-Fla.

“The Inspector General’s report confirms Amtrak’s inability to eliminate its food and beverage losses despite legal requirements to do so dating back to 1982,” Mica said in a statement. “As this report also confirms, Amtrak food service operations cry out for reform so that taxpayers are not stuck with picking up the check for this multimillion dollar tab.”

“Amtrak has never broken even on food and beverage service, and I intend to investigate these outrageous expenditures within our Government Operations Subcommittee,” Mica said. “Amtrak must be held accountable to the taxpayer and Congress.  I will continue to fight to improve the cost-effectiveness of Amtrak’s money losing routes and stop these extreme losses.”

About Todd DeFeo 363 Articles
Todd DeFeo loves to travel anywhere, anytime, taking pictures and notes. An award-winning reporter, Todd revels in the experience and the fact that every place has a story to tell. He is owner of The DeFeo Groupe and also edits Express Telegraph and The Travel Trolley.
Website

Amtrak is looking to acquire new high-speed trainsets that will supplement and eventually replace its Acela Express in use on the Northeast Corridor (NEC).

Amtrak wants federal taxpayers to pony up 16 percent more in funding for the upcoming Fiscal Year 2015, according to a new request from the railroad. For the fiscal year, which starts Oct. 1, the railroad is asking for $1.62 billion in federal support. Amtrak received approximately $1.4 billion from in federal funds for the current fiscal year.

Amtrak is Working on the Railroad in 2010

WASHINGTON – As the 2010 construction season gets underway, Amtrak is embarking on $1 billion construction program to fund capital projects designed to rebuild, upgrade and modernize its tracks, bridges, stations and other critical infrastructure along the busy Northeast Corridor and across the country, including Chicago, Los Angeles, Seattle and the Miami area. “We are investing in our infrastructure to improve the reliability, safety and security of our operations and support the growing demand to travel by Amtrak,” said President and CEO Joseph Boardman, noting America’s passenger railroad posted record ridership numbers for the first six-months of this fiscal year.