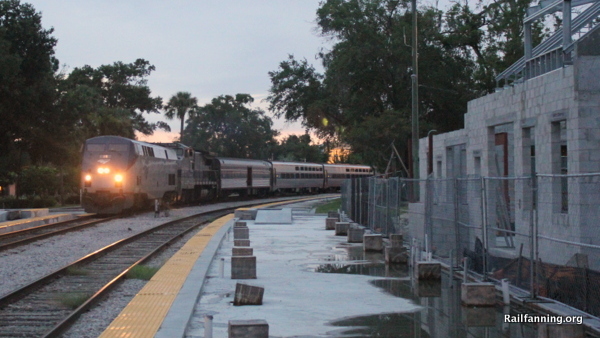 It will be at least five years before SunRail trains connect with Orlando International Airport because there is no source of funding for the estimated $100 million it will cost to build the connection, the Orlando Sentinel newspaper reported.

Despite that, SunRail officials are looking at a Orlando Utilities Commission-owned spur, which runs alongside airport property and could be expanded to two tracks, as a possibility for a rail link between the airport and the commuter rail system, the newspaper reported.

“This is a startup commuter-rail system. It’s going to evolve over time,” the newspaper quoted Steve Olson, a spokesman for the Florida Department of Transportation, as saying.

The project is expected to cost more than $1 billion, and a mix of local, state and federal funds are covering costs to buy right-of-way, make infrastructure upgrades and purchase rolling stock. The SunRail tracks were previously owned by CSX.

The second phase, which calls for five more station stops and an extension of the line to 61.5 miles in length, was originally scheduled to open in 2016. However, according to various media reports, the status of the second phase remains in limbo because of an uncertainty of federal dollars.

“The administration has to decide how much they want to put toward transportation projects; that’s entirely up to the president; we’ll see. If the president doesn’t act, we do have a fallback position,” WFTV-TV quoted U.S. Rep. John Mica, R-Fla., as saying.

“We’re competing against 20 other metropolitan areas that all want advanced transportation systems. We’ve got to be unified; we’ll do that,” Mica said, according to the station’s report. “Where there’s a will, there’s hopefully a way.”

About Todd DeFeo 356 Articles
Todd DeFeo loves to travel anywhere, anytime, taking pictures and notes. An award-winning reporter, Todd revels in the experience and the fact that every place has a story to tell. He is owner of The DeFeo Groupe and also edits Express Telegraph and The Travel Trolley.
Website

LAKE BUENA VISTA, Fla. – It’s no coincidence that the first attraction to greet guests of the Magic Kingdom is the railroad. Disney Imagineers traveled to Mexico to scout steam trains that could be refurbished and put to use pulling guests around the Magic Kingdom. By 1971, the tracks were laid and the steam trains were running. Here are some videos from the Walt Disney World Railroad. To read more about the history of the Walt Disney World Railroad, click here.

Railroads and jurisdictions across the United States and Canada are observing Rail Safety Week.

Winter Park has a deep railroad history. Today, it is served by long-distance Amtrak trains and SunRail commuter trains.