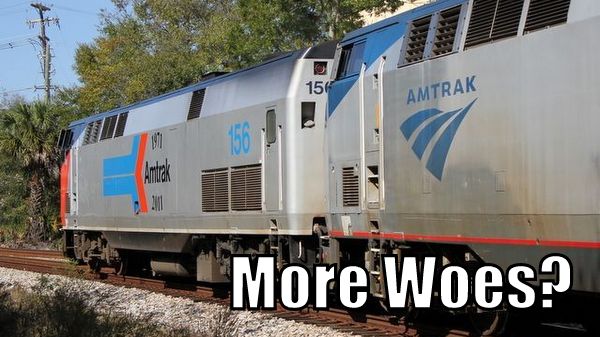 Throughout the course of its four-plus decade history, Amtrak has drawn the scorn of detractors who saw the federally-subsidized passenger railroad is a drain on taxpayers. Now, millions of dollars in losses on the railroad’s food and beverage service have given more ammunition to opponents.

Amtrak said it plans to eliminate losses on food and beverage service over the next five years. But, will that be enough to silence critics?

Metro-North Crash Brings Positive Train Control Back Into the Conversation

The revelation the engineer at the controls of the Metro-North train that crashed in the Bronx and killed four people might have zoned out just before the crash brought back to the forefront the implementation of Positive Train Control (PTC).

The Metro-North train, which originated in Poughkeepsie, was due to arrive at Grand Central Terminal at 7:43 a.m., was traveling 82 m.p.h. as it took a curve with a speed limit of 30 m.p.h., according to various media reports. In addition to the four deaths, more than 60 others were injured when the Manhattan-bound Metro-North train derailed at about 7:20 a.m. just north of the Spuyten Duyvil station.

Quick hits from around the world of railroads:

Railfanning.org has launched www.thecrosstie.com, a website for the e-zine The Cross-Tie.

Had the events of Sept. 15, 1830, turned out a little differently, William Huskisson probably would be remembered for his political career, not for his dubious railroad connection. But as it turns out, Huskisson’s name is forever preserved in the annals of railroad’s history books, not for his career as a politician but for his taking a bad step — into the path of an on-coming train and becoming the world’s first ever railroad fatality. Born in 1770, Huskisson’s political resume included a stint in British Parliament. Huskisson served as the first commissioner of Woods and Forests from 1814 until

Congress has approved legislation that proponents say will improve the Nation’s intercity passenger rail system and the safety of the nation’s railroads.