ATLANTA — The laying of tracks for Atlanta’s new street is nearly complete, but the opening of the new line may be delayed, new reports suggest.

A Sunday report in The Atlanta Journal-Constitution indicates questions remain about who will operate the new line: the city or an outside vendor. In December, the Metropolitan Atlanta Rapid Transit Authority (MARTA) said it would not operate the new Atlanta streetcar.

When it opens, the 2.7-mile streetcar line will connect with MARTA, the city’s transit system. City officials believe the line will ferry tourists to and from many of the city’s popular downtown attractions, including Centennial Olympic Park, CNN Center, the Dr. Martin Luther King Jr. National Historic Site and the Georgia Aquarium.

A one-way trip on the new line is expected to take roughly 10 minutes. The new streetcar line, expected to have 12 stops and four electric streetcars, will be the first in Atlanta in more than 60 years.

Future plans call for the new streetcar to tie into the Atlanta BeltLine, a public-private partnership that is building walking paths along a ring of mostly abandoned railroad right-of-ways that circle the city. Streetcars, once prominent fixtures on the city’s streets, last ran in Atlanta in 1949.

When in Folkston, take time to tour the town — Part III 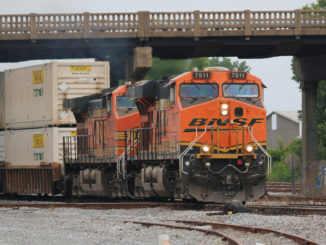 Not to Get Too Crossed Up Here, But…: Dalton Part III 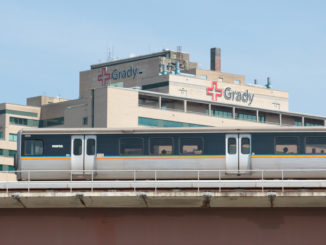