Amtrak is planning to operate some trains from Grand Central Terminal rather than Penn Station this summer.

The move comes as officials work to make emergency repairs to Penn Station.

As part of the modified Amtrak service and in coordination with New York State Department of Transportation (NYSDOT), three roundtrip Empire Service trains (six total trains) will operate between Albany-Rensselaer and Grand Central Terminal from July 10 until Sept. 1.

In addition, Crescent trains will start and terminate in Washington. Meanwhile, tickets on Silver Service and Cardinal trains will be open to all customers, not just long-distance travelers.

According to Amtrak, renewal and maintenance recently completed includes: 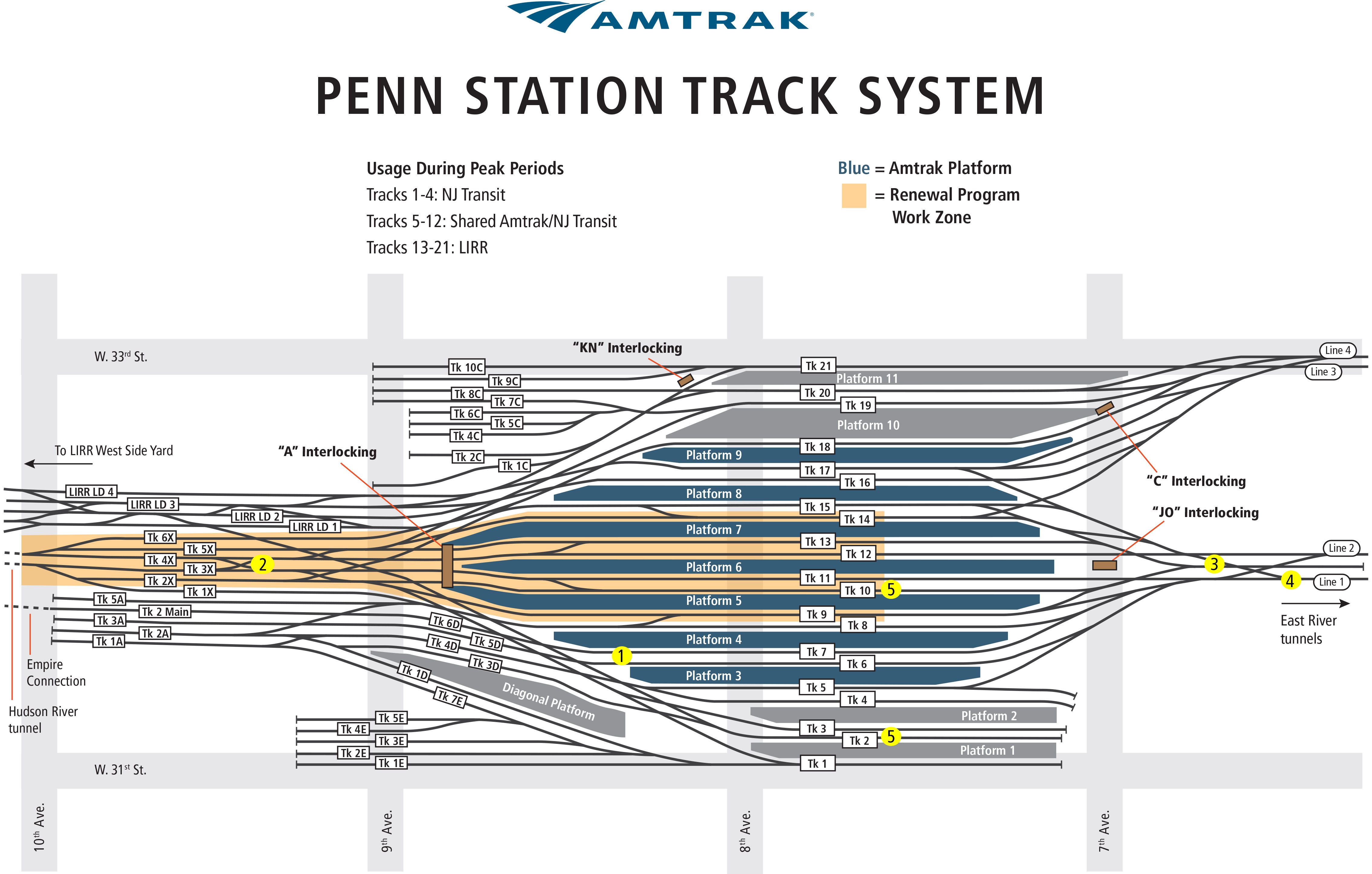 N.J. Transit this week opened additional tracks at Hoboken Terminal, roughly three weeks after the agency suspended service into the terminal in the wake of a fatal crash.

N.J. Transit Board of Directors has adopted a $2.6 billion operating budget for the 2021 fiscal year. It also approved an $11.2 billion capital budget for projects already funded and nearly $5.8 billion for “proposed projects for which funding has yet to be identified,” but that are vital to its operations.