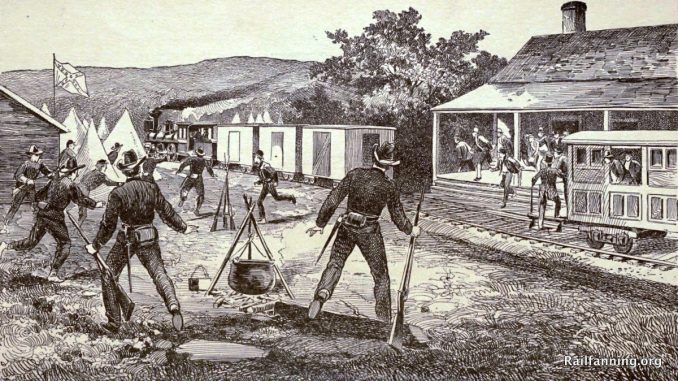 KENNESAW, Ga. — April 12, 1862. It was the one-year anniversary of the start of the Civil War, and the morning passenger train — pulled by the locomotive General — arrived in town.

A band of Union spies led by James J. Andrews, the men planned to steal the locomotive and then destroy the Western & Atlantic Railroad, a vital link between Atlanta and Chattanooga, Tenn., in the heart of the Confederacy.

The Andrews Raid, also known as The Great Locomotive Chase, ultimately failed. More than an “astounding adventure,” the raid was near genius. Here’s a timeline of events more than 150 years ago (times are estimated):

Back to the Top
The Andrews Raid