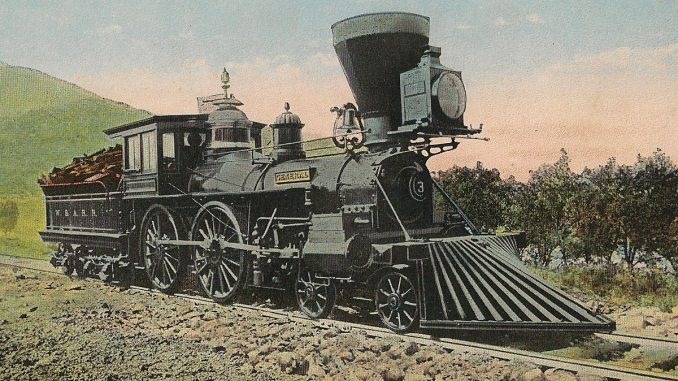 The General was built in 1855 by Rogers, Ketchum & Grosvenor of Patterson, N.J. for a cost of $8,850. In 1864, the locomotive was heavily damaged during Gen. William T. Sherman’s march to Atlanta.

To commemorate the 100th anniversary of the Great Locomotive Chase, the Louisville and Nashville Railroad refurbished the General to working order. 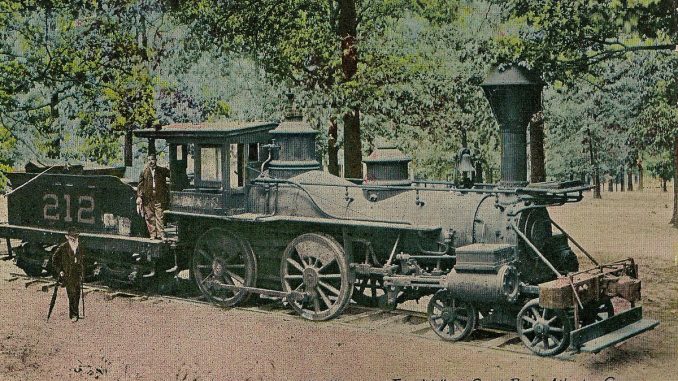 The second-most famous engine of the Great Locomotive Chase. The Texas was built by Danforth, Cooke & Company of Paterson, N.J. in 1856 for a cost of $9,050 and is today on display in Grant Park in Atlanta.

In 1908, the Nashville, Chattanooga & St. Louis donated the locomotive to the city of Atlanta, which placed it on display in Atlanta’s Grant Park. In 1927, the city moved the Texas to the basement of the Cyclorama building.

Aside from the General and the Texas, the Yonah may be the third most famous locomotive to participate in the Great Locomotive Chase. A yard engine for Cooper Iron Works, the Yonah gave the pursuers their first burst of speed, allowing them to make up valuable time. Conductor William A. Fuller said he made the 14-mile trip from the Etowah River to Kingston in 15 minutes.

In Kingston, the pursuers boarded the William R. Smith, a Rome Railroad locomotive, in Kingston and headed north. They left the train behind when they reached a section of torn up track. They continued on foot for a while until they ran into the Texas. After its railroad service, the locomotive served as a “stationary engine” in Calhoun, according to a 1962 article by Wilbur Kurtz.

Although often overlooked, the Catoosa joined in the pursuit at Calhoun, after a near-wreck with the General. The engine followed The Texas, both operating in reverse.

After the pursuers arrived in Kingston, Anthony Murphy prepped this locomotive and planned to steam it north out of Kingston. William Fuller, however, had a different plan, and the pursuers ultimately opted for the William R. Smith.

Back to the Top
The Andrews Raid