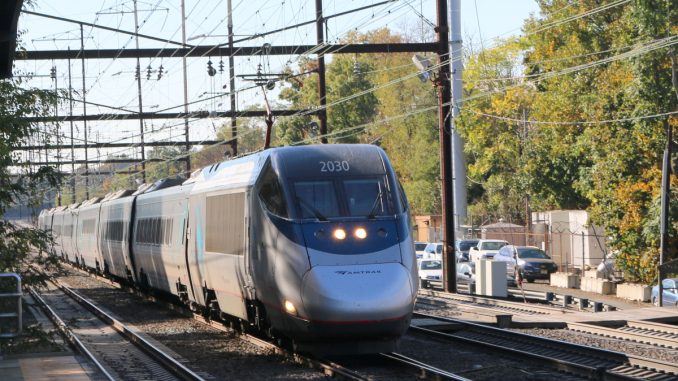 Amtrak (formally the National Railroad Passenger Corporation) was created with the Rail Passenger Service Act of 1970. Under the act, the federal government subsidizes and oversees intercity passenger train operations.

In Fiscal Year 2006, Amtrak passenger ticket revenue increased to $1.37 billion, the highest annual ticket revenue ever achieved, and, at $132 million over a year earlier, the railroad’s largest year-over-year increase.

Also in Fiscal Year 2006, the railroad also served 24.3 million passengers — nearly 300,000 more than for the same trains in the previous fiscal year.

Each day, approximately 66,000 passengers travel on Amtrak. Amtrak serves 46 states; only Alaska, Hawaii, South Dakota and Wyoming are not served by Amtrak.

Since Amtrak is a quasi-governmental agency, its preferred stock is owned by the federal government and members of its board of directors are appointed by the President and must be confirmed by the U.S. Senate.

Amtrak Reporting Marks
Railroads have many reporting marks, identification assigned by the American Association of Railroads. Here are the marks for Amtrak: