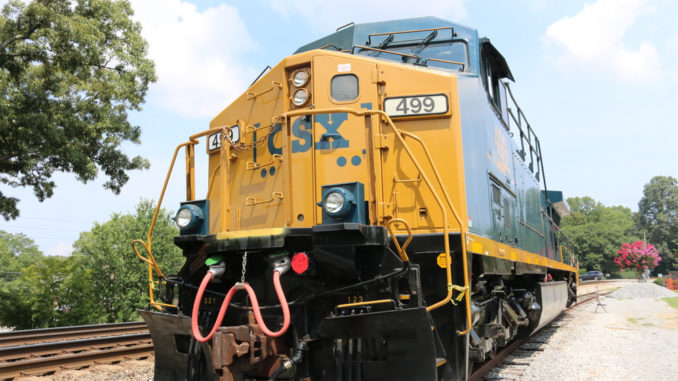 On Aug. 31, 1987, the Chesapeake and Ohio Railway, which had absorbed the Baltimore and Ohio Railroad April 30, 1987, merged into CSX. That merger started in 1980 with the combining of the Chessie System and Seaboard Coast Line Industries into CSX Corp.

CSX’s name dates back to merger talks between the Chessie System and the Seaboard System Railroad, both known as Chessie and Seaboard. Chairmen for the two companies wanted the initial to be included in the new company’s name; similar names CSC and CSM were already taken.

In the end, the company went with CSX, which is supposed to stand for Chessie Seaboard X (multiplied).

Here are some facts and figures about CSX (numbers are estimated):