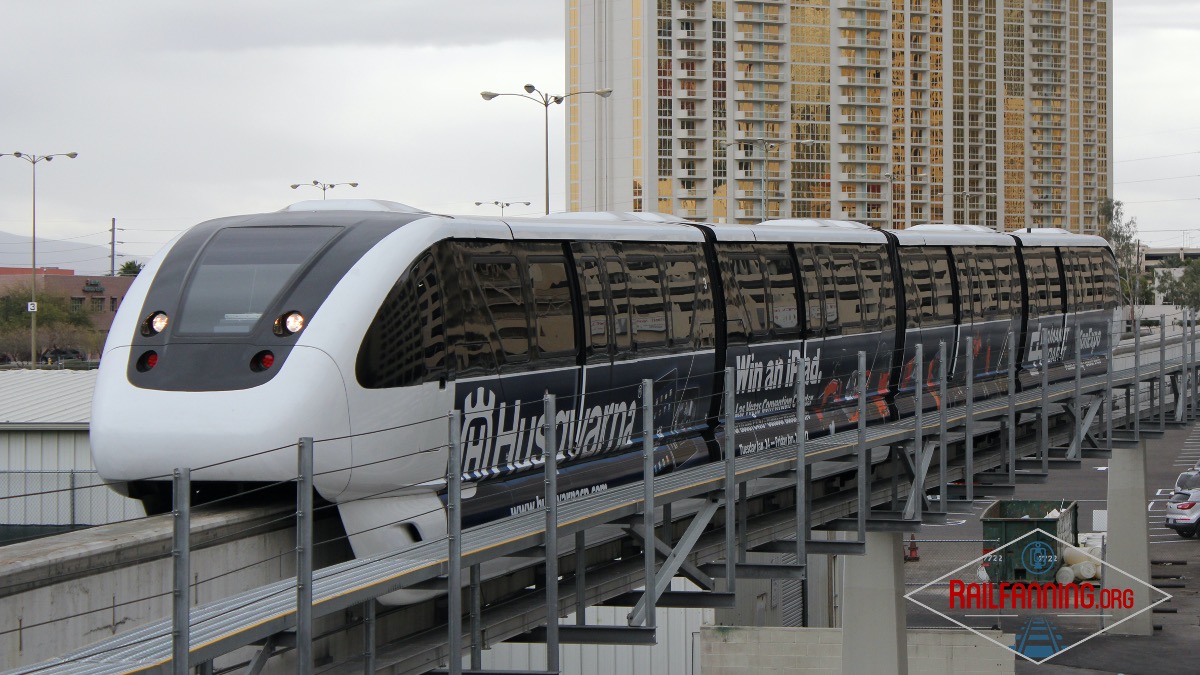 Up to nine trains consisting of four cars each run on a single rail that rises 20 feet high in most areas. Its highest point reaches 70 feet above the Las Vegas Convention Center pedestrian walkway.

Monorail riders can travel the entire distance of the world-famous Las Vegas Strip in less than 15 minutes in a safe, comfortable and clean environment — without the hassles of traffic or wasted time.
Bombardier Transportation built the Las Vegas Monorail, building onto the existing monorail between the MGM Grand and Bally’s. The long-delayed system opened to the public on July 15, 2004.

“Las Vegas is one of the world’s most visited cities, and as a transportation provider, we recognize the need for solutions that address conveyance, congestion and pollution,” Ingrid Reisman, vice president of corporate communications for the Las Vegas Monorail Co., said in 2007. “The Monorail provides an ongoing means of promoting a healthy and sustainable planet through its zero-emissions design. It’s our pleasure – and responsibility – to embody Earth Day initiatives for cleaner air.”

As long-planned, but unbuilt Phase 2 would extend the monorail to McCarran International Airport. The proposal is rather unpopular among taxi cab drivers.

Another extension of the monorail to downtown Las Vegas has also been discussed over the years.