DECATUR, Ga. — The railroad in this popular city east of Atlanta is hard to miss. Tracks run along a busy thoroughfare, and the downtown area offers a nice vantage point for watching trains.

Interestingly, Decatur was established at the intersection of two Native American trails: the Sandtown and the Shallowford. The Georgia Railroad laid tracks between Atlanta and Augusta via Decatur during the early 1840s.

The former Georgia Railroad depot, built in 1891, is still located along the main line, though it was moved away from the tracks after 2001. It is today home to a restaurant. 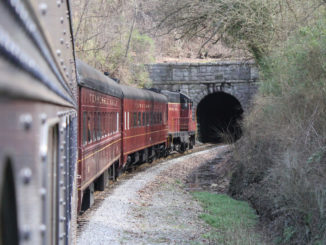