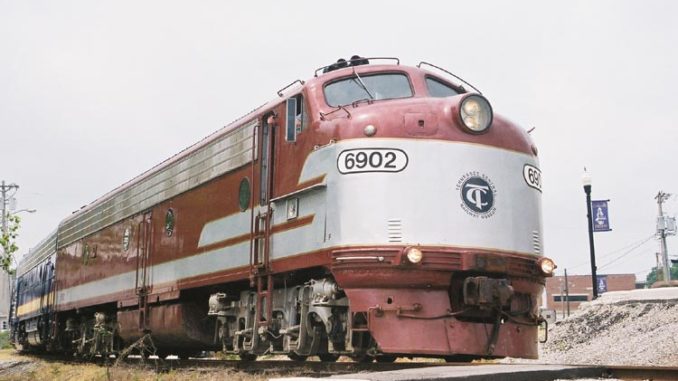 The 2,250 horsepower was achieved by putting two 1,125 horsepower, 12 cylinder, model 567B engines in the engine compartment. Each engine drove its own generator to power the traction motors. The E8 was the ninth model in a long line of passenger diesels of similar design known as EMD E-units.

The noses of the E8 cab units had the appearance of a bulldog’s snout when viewed from the side. Therefore, the E7, E8, and E9 units have been nicknamed “bulldog nose” units. Earlier E-unit locomotives had a more slanted nose and were nicknamed “shovel nose” units or “slant nose” units.

After passenger trains were canceled on the Erie Lackawanna in 1970, the E8s were re-geared for freight and were very reliable for the EL. These units were on freight trains until the early years of Conrail.