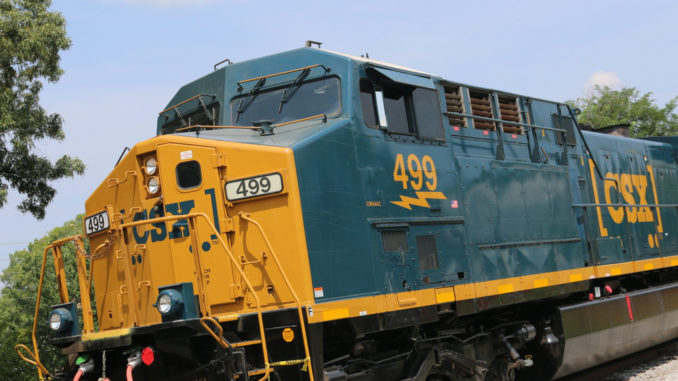 KENNESAW, Ga. — Kennesaw’s history is deeply entrenched with railroads. The state Legislature on Dec. 21, 1836, authorized the construction of a railroad through Cobb County.

The Tennessee Legislature on Jan. 24, 1838, approved a bill allowing construction to present day Chattanooga, Tenn. By 1846, 20 miles of the Western & Atlantic Railroad between Atlanta and Cartersville were in operation. The total cost of construction was $4,087,925.

The city before the Civil War was known as Big Shanty. The name derives from the construction of workers’ shanties built in the area. In 1850, the railroad acquired a plot of land and erected the Lacy Hotel, which contained an eating establishment, for railroad travelers. Mr. and Mrs. George Lacy operated the hotel.

On April 12, 1862, federal raiders led by James J. Andrews, who boarded the train in Marietta, stole The General with the intent of destroying the railroad between Kennesaw and Chattanooga, Tenn. The mission failed, in part because of a rainstorm in the days leading up to the raid.

Union forces led by Gen. William T. Sherman took control of the city on June 6, 1864. During a second battle of Big Shanty on Oct. 3, 1864, Confederate forces briefly regained control of the city. Sherman on Nov. 9, 1864, ordered the Western & Atlantic Railroad — including the Lacy Hotel — destroyed between Big Shanty and the Chattahoochee River. Five days later, the city was burned to the ground.

Following the Civil War, the railroad was rebuilt and on Sept. 21, 1887, the city of Kennesaw was officially incorporated.

Operation of the Western & Atlantic Railroad ceased on Dec. 12, 1870, because of financial difficulties. Former Governor Joseph E. Brown leased the railroad until 1890, when the Nashville, Chattanooga & St. Louis Railroad took control of the road. In 1957, the Louisville & Nashville Railroad merged with the Nashville, Chattanooga & St. Louis Railroad, which would ultimately fold into CSX, which still operates a freight line through the city.

The present day depot was built in 1908 by the Nashville, Chattanooga & St. Louis Railroad. The building was used as both a passenger and a freight depot. Additional waiting rooms were added in the 1920. In 1998, with a Georgia Department of Transportation Enhancement Activity grant, the city of Kennesaw began a $150,000 restoration of the building. The depot is now being used to house museum exhibits and historical photographs.

The General today resides at the Southern Museum of Civil War & Locomotive History. The museum is located mere feet from where the famous locomotive was stolen in 1862.