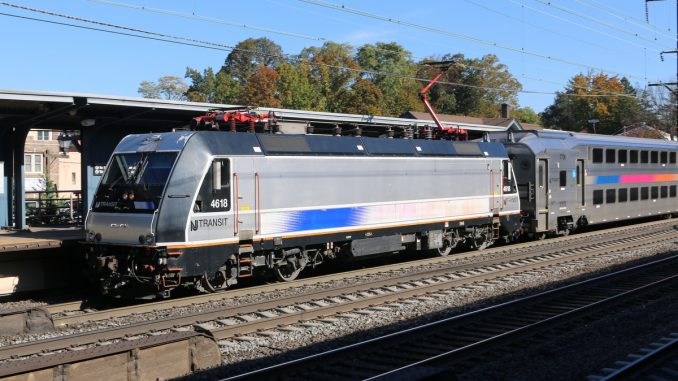 N.J. Transit is the only railroad to operate the ALP-46 locomotive, built in Germany by Bombardier. ALP-46 electric locomotive technology that has been in operation since 2002.

Capable of producing 7,100 horsepower and are powered by overhead catenary, the ALP-46 locomotives can reach a top speed of 100 mph. They are compatible with much of N.J. Transit’s existing rolling stock, including the railroad’s Comet IIM, III, IV and V cars and its fleet of Multilevel rail cars.

The ALP-46 engines are 64 feet long, nearly 10 feet wide and weigh 99.2 tons. Each locomotive comes with an individual price tag of $4.7 million.

In April 2002, N.J. Transit unveiled the new locomotive, along with the Comet V rail car, both of which officials said were part of N.J. Transit’s overall fleet modernization and expansion plan to meet growing ridership needs.

The Comet V Coach cars — costing between $897,000 and $1.05 million each based on trailer or cab car configurations respectively — were purchased from Alstom Transportation Inc. of Hornell, NY, and will be delivered through February 2003. Each car is 85 feet long, 10.5 feet wide and weighs just over 100,000 pounds.

In February 2008, Bombardier Transportation announced it was awarded a contract for 27 ALP-46A electric locomotives by the New Jersey Transit Corporation. The order was valued at $229 million and included options for an additional 33 units.

ALP-46A featured many technology upgrades along with improved acceleration and increased operating efficiency. The locomotives will be capable of speeds up to 125 mph and powered by BOMBARDIER MITRAC propulsion and control equipment.